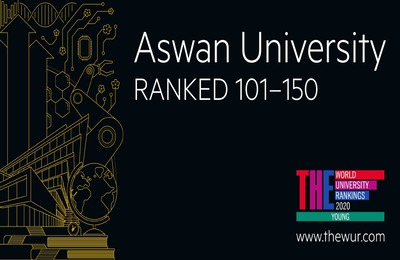 Aswan university president Prof. Ahmed Ghallab announced that Aswan University achieved the 1st place among the best Egyptian universities founded during the past half-century and the 101-150 place globally according to THE Young University Rankings 2020 ranking.

It has 20 faculties and an institute for African studies and Nile basin countries, it was capable of being in line with the old universities. The university new branch was lunched in Aswan Al Gadeda where it includes 9 new buildings to serve the scientific and research system and several research centers and specialized labs.